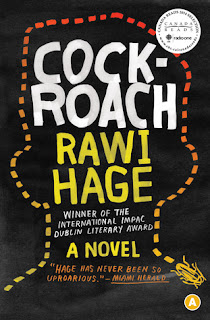 Rawi Hage has given me hope that there does exist other great writers hailing from Canada whose name isn't Margaret Atwood (no disrespect intended). His novel Cockroach was the runner up in this years Canada Reads: a "battle of the books" competition where one book is voted amongst a panel of judges for the whole country to read that will inspire social change. He lost to Joseph Boyden's The Orenda in a tight match where the final votes were 3-2. This novel is a gritty, raw, solemn and unflinching look at the ugly side of immigration, which is unlikely to appeal to a wide audience. I never really paid much credence to the legitimacy of Canada Reads selections before since it often feels like a marketing ploy to increase sales for specific novels but I'm glad Cockroach received the proper recognition and here's hoping more people will be inspired to read this wonderful novel because Rawi Hage deserves a wider readership.

Canada's open immigration policy has made it one of the most diverse multi-cultural countries in the world but it is not all sunshine and rainbows for those who come here in search of a better life. Rawi Hage reveals the seedy underbelly of this country that often gets swept under the rug, or in relation to this novel, squashed (a bad pun but I can't resist). The narrator of the story is unnamed: he is invisible, living on the margins of society as a a Middle-eastern immigrant in the grim wintry climate of Montreal. Alienated in a foreign country, everyday is a struggle for survival. Destitute and living in poverty, he must rely on his wits to keep from starving or freezing to death in the cold streets. This means manipulating others to get a hot meal or resorting to thievery. He is also an expert at breaking and entering other people's homes, but not so much to steal from them but to observe how the more fortunate live in luxurious splendor. Unable to find steady work that pays a decent wage, he has no choice but to take any job that comes his way, no matter how crippling to his pride or self-worth. He drifts along without any real purpose, moving from one service position to another and is content to land a job as a bus-boy at a Persian restaurant. It is revealed early on that he has attempted suicide and through mandatory therapy sessions, the reader is provided glimpses of his previous life before coming to Canada in a serious of flashbacks. Rawi Hage does an excellent job of infusing plenty of dark humor to counterbalance the depressing subject matter. His prose is sensational; emanating a stark and gripping quality that makes it a pleasure to read. He expertly draws the reader into the tumultuous mind of the protagonist that is unsettling as much as it is fascinating. He has a great ear for dialogue (although I am unsure why he decided not to use proper quotation marks when someone was speaking--perhaps to further highlight the loss of identity?). Rawi Hage leaves it up to the the reader to make up their own opinion of the narrator. I found myself sympathizing with the main character a great deal despite his lascivious behavior and various transgressions. Are we too look down upon him as immoral if he is driven to a life of depravity by a society that makes it increasingly difficult for immigrants to establish a modest living?

Of course, not all immigrant experiences are as bleak or depressing as the one depicted in this novel and to interpret it as representative of the norm would be a spurious conclusion. Many people do manage to make a better life for themselves in a new land but Rawi Hage is less optimistic. He attempts to convey immigration as paradoxical: new arrivals to a country find themselves in a perpetual state of displacement, unable to fully assimilate into society and forced to live on the periphery. The narrator perceives himself as a cockroach and the metaphor is perfectly apt--he is a nocturnal creature, viewed a pest in the eyes of others who discriminate against him as a racial minority. Cockroaches are able to adapt to their harsh environment and so does the protagonist even though it is met with much hardship and misery. Of course, one can't help but make the connection to another, if not, the most famous bug or "cockroach" in literature: Gregor Samsa in Franz Kafka's Metamorphosis. Both novels couldn't be more radically different whereas Kafka emphasizes psychological transformation through allegory and Rawi Hage focuses on depicting caustic realism. However, they both deal with social alienation where the protagonists are outsiders living in a world of chaos and absurdity. A more detailed comparison would be interesting to take under consideration.

Even though I thoroughly enjoyed this novel, it does contain several flaws. First, despite the protagonist's devious personality and grueling situation, he still manages to engage in sexual relations on a regular basis. His frequent sexual encounters seem implausible and hinder Hage's representation of estrangement. The lack of female companionship might have proved more effective in the attempt to illustrate the narrator's brooding loneliness as an immigrant. Second, even though the narrative is purposefully discursive without a discernible plot, a hallucinatory nightmare of sorts that reflects the protagonist's erratic mind, the final denouement seemed rushed and contrived. I realize that Hage stresses ambiguity and the climax does fit the persistent cynical tone already established but the ending felt unsatisfying, incomplete somehow. It seemed as if Hage was setting up for a powerful, gut-wrenching and explosive finale but it sort of just fizzles out.

Nevetheless, Cockroach is an absorbing and worthwhile read that puts the controversial issue of immigration on the table but as an advocate for social change? Probably not. However, it does possess the power to stir up discussion on the subject and that's a start. Rawi Hage is a talented young author and I believe he is capable of putting Canadian literature back on the map. 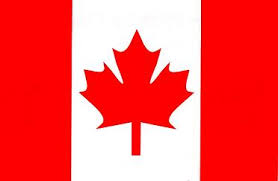 This novel is part of my Canadian Reading Project.
Posted by Jason C. at 12:49