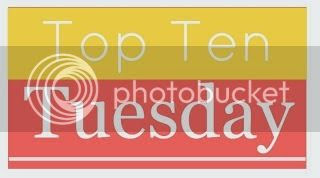 It's that time of the week again. Thanks to the good folks at The Broke and the Bookish for hosting this meme, which is always fun. My track record for following through with reading lists has been rather spotty to say the least but surprisingly, I have doing pretty well so far this year. I'm keeping up with several of the reading challenges (even ahead in some despite the lack of reviews). There are so many novels that I anxiously want to read this spring but of course, time is a factor. Here is my tentative list (in no particular order):

1. Player of Games by Iain M. Banks: The EPIC space-opera of Banks' Culture Series continues. Even with its flaws, I thoroughly enjoyed the first installment and it was a perfect set-up for what might just turn out be one the more ambitious and highly entertaining Science-Fiction sagas ever.

2. The Heart is a Lonely Hunter by Carson McCullers: I have been slacking a little bit on my Classics Club Challenge and it was about time I got around to reading this novel, which has been on my shelf for a while now. I seem to have a certain fondness for stories set in the American south during the early part of the 20th century (Flannery O'Connor, Faulkner, etc). Word around the campfire is that McCullers' writing has a similar feel to the works of Steinbeck. That's more than enough incentive for me to finally read this one.

3. Oryx and Crake by Margaret Atwood: Being a Canadian and all, it's kinda embarrassing that I really haven't read much from Ms. Atwood. She's our most celebrated author and it would be nice to say that I have at least read more than one of her novels. Granted, I have read some of her short-fiction and a handful of poetry. That's gotta count for something right? I have also been meaning to read more SF from female authors, so this kills two birds with one stone.

4. The Remains of the Day by Kazuo Ishiguro: For the Reading England Challenge. I have heard nothing but high praise for this novel ('a modern masterpiece', etc) and hope it lives up to the hype. I also wouldn't mind watching the movie adaptation starring Emma Thompson and Anthony Hopkins afterwards.

5. Sputnik Sweetheart by Haruki Murakami: Lately, I have found myself obsessed with Haruki Murakami's writing after devouring his collection of short-stories in After the Quake. This will be my first attempt to actually finish one of his novels instead of abandoning ship.

6. Who Fears Death by Nnedi Okorafor: I love that cover art! There isn't much cultural diversity in the SF genre, nor do female writers tend to receive as much recognition in contrast to their male counterparts. So to come across a  post-apocalyptic story set in Africa written by an African woman...yeah, I want to read this.

7. The Color of Magic (Discworld #1) by Terry Pratchett: As usual, I'm late to the party. With his recent passing, I now feel obligated to start the Discworld series. I've been putting it off for far too long and Pratchett also happens to be Priya's favorite author--so, naturally, I'm very interested to see if he will prove to my liking.

8. North and South by Elizabeth Gaskell: Another novel for both the Reading England and Classics Club Challenge. Score. Hey, doesn't the gentleman on the cover look like Matthew Mcconaughey?

9. Travels with my Aunt by Graham Greene: Yep, another Reading England Challenge novel. However, I have also been meaning to check this one out for a while, since it is an anomaly in Greene's oeuvre; a light-hearted and entertaining novel that stands in stark contrast to his usual serious efforts.

10. The Sorrows of Young Werther by Goethe: For the Literary Movement Challenge of March, focusing on the enlightenment period. I tend to be apprehensive when it comes to reading philosophy (it's just not for me) but the premise of this one sounds fairly interesting, not to mention Fanda's enthusiastic endorsement.
So, what's everyone else planning to read this spring?